Cartagena is a fascinating mixture of the "old" and "new" Colombia

Cartagena is a fascinating mixture of the “old” and “new” Colombia.  The defense walls of the old city are dwarfed by the skyscrapers of Bocagrande while the rich Afro-Caribbean culture stands as a poignant reminder of Colombia’s past.

Cartagena was established in 1533 on the abandoned ruins of an Amerindian Caribbean village by Spanish settlers. The population was just 200 people at the time but thanks to its proximity to the ocean and the Spanish fascination with raw materials from South America, the city quickly became wealthy. Like many of the colonial cities of Latin America, the city flourished due to the international commerce and, a little later, the African slave trade that passed through the gates of the city. To learn more about the impact of slavery on the African population, make sure to visit the House of Pedro Claver. Claver was sent by Spain as a missionary and when he arrived, he was appalled by the horrendous treatment of slaves. He decided to devote his life to helping them and eventually died in Cartagena.

Due to its wealth and riches, Cartagena was attacked many times starting in 1563.  Armies marched in by land and attacked by sea. Cartagena was the biggest port in the Americas and in order to protect this prized territory, the Spanish built a series of walls and forts which you can still see today. (You can read more about the city walls here and the castle here!)

As a wealthy city, Cartagena attracted businessmen, merchants, artists, and intellectuals. Unfortunately, the Spanish Inquisition was alive and well in Cartagena, and anyone suspected of heresy, witchcraft, or simply being non-Catholic was at risk of being tortured and executed.

Like many cities where a young, well-educated population thrived, Cartagena played a large role in Colombia’s freedom from Spain. They were the first territory to declare independence in 1811. Although they were invaded by Spanish troops as a result of the movement, they declared independence again in 1821.

When the Spanish left, Cartagena was largely reclaimed by the Afro-Colombian population that lived there. This unique and well-loved cultural aspect of the city creates a colorful and vibrant atmosphere.

Cartagena was largely spared of the destruction and violence that plagued Colombia in the 20th century thanks to the importance of its port. Instead, the city continued to flourish.  Today, Cartagena is a well-preserved colonial masterpiece and the top tourist destination in Colombia.

Our Concierge Dream Team will be happy to plan a Dream Experience of your preference for you and your group.

Cartagena is blessed to be surrounded by a healthy coral reef and a series of islands with rich marine biodiversity.

The History of Cartagena’s Churches

Throughout Latin America, you can find stunning churches built during the Spanish colonial period.

Whether you’ve been tasked with co-ordinating a memorable getaway for a wedding party or you simply want to put together a vacation your large group will never forget, have a Cartagena Dream Concierge curate your most memorable Cartagena Dream Experience. 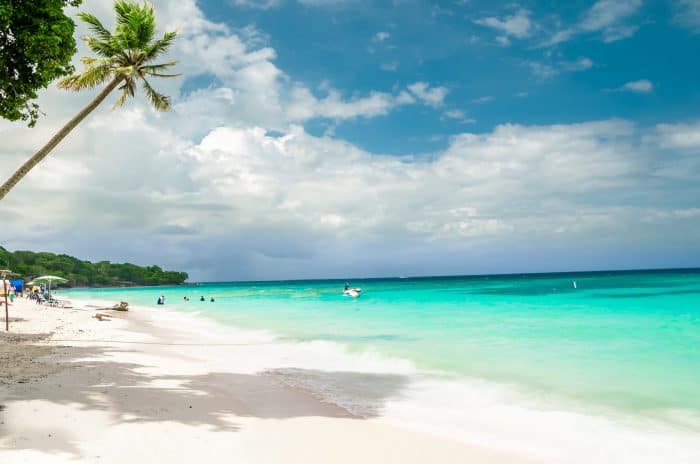